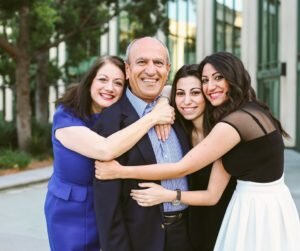 What America Means to Me – Q&A by U-T staff writer David Garrick. 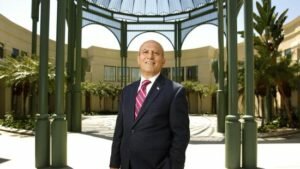 Abed was born and raised in Lebanon, took a job with IBM in 1974 and lived in several parts of Europe — France, Germany, England and Italy — for three years before bringing his family to the United States in 1987. He became a U.S. citizen in 1990.

Question: Why did you and your family come to America?

Answer: The American dream is what drives people to the United States, and it’s what drove me. This is the land of personal responsibility where hard work is rewarded.

Q: How does Lebanon compared to America politically?

A: In Lebanon, the democratic process is compromised. The democracy there is marginal, and it’s limited to the big families where elected officials just turn the gavel over to their children.

You feel the difference here. In this country, they treat you based on your merits. In Lebanon, merit doesn’t mean much unless you have connections with the elite families who are in government. It would have been a lot more difficult, if not impossible, to do what I’ve been doing here.

Q: How does Lebanon compare to America economically?

A: You have a good economic opportunity there — you can make it. But here, there is no limitation to what you can do in America. In Lebanon, it’s tied to the political process and the outside influences. It’s under the Syrian influence and the Iranian influence.

Q: Has a certain person influenced your perspective of the United States?

A: Ronald Reagan is forever my favorite president, and I totally agree with his political views and principles for what America should be. Abraham Lincoln is a great story from the past, but I totally agree with Reagan’s approach to government. There was no political correctness. He did what was right. He was honest with the people and he created the economic opportunity that people want and deserve.

Q: Has your view of America changed over the years?

A: It’s very disappointing that this country is changing under President Barack Obama to more of a European socialist style. But that motivates me to work harder to protect the values that made America so great. Of course we have to be compassionate, but the dependency on government is so big that we are losing our freedom and our economic opportunity.

Q: What are your hopes for America’s future?

A: I’d like to go back to the Reagan style, where government is limited and hard work is rewarded and success is not punished.

Q: How does San Diego fit into your viewpoint of America?

A: North County, where Republicans hold most of the leadership positions, is basically an island in California that still has the same values of America. San Diego is holding up as a good government with Mayor Kevin Faulconer. It’s still reasonable, but the entitlements process is growing. The county government has been a model of financial stability. America should be a reflection of what San Diego County is.

Q: Do you ever return to Lebanon?

A: I’m visiting July 16. I’m taking my family after seven years of not going there to show them Lebanese culture and my hometown. We still have some family there.

The resolution for our community for this year is to reflect on the values that made America a great country. A resolution inspired by the values entrusted to us by our Founding Fathers, values that we all share as Americans, values of tolerance, understanding, respect and love. Respect and love each other, our neighbors, our friends and our families.

The America that I immigrated to 30 years ago is not the same today. With a new year upon us, we should count our blessings and cherish the wonderful country we have. Let us commit to embrace all the things that unite us and bring us together as one country, one community, one neighborhood and one family.

For America to remain an exceptional nation, we must commit to a more civil discourse motivated by mutual respect, accommodation and compassion. Let’s also resolve to protect our fundamental rights of freedom, liberty, pride and love of America. We need to do so and to begin to do so now.